Depression, schizophrenia, ADHD and sleep complaints are just a few mental disorders that some individuals suffer from and have to go through on a daily basis. Although there are prescriptions and medications available to reduce and prevent such conditions, they aren’t by any way from natural means. However, things could change after a review of over hundred studies indicated that yoga has shown promising results in major psychiatric disorders such as those of above. 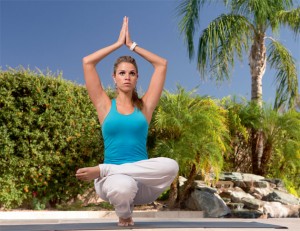 There are countless benefits when one becomes a regular practitioner of yoga. In fact, there are still many more benefits that are yet to be discovered just yet. Regardless, yoga is known to have positive effects on mild depression, which is a common condition that affects more than 350 million people worldwide, according to World Health Organisation (WHO). Yoga also assists in treating sleep complaints, even in the absence of other treatments. At the same time, yoga can also improves symptoms tied to both schizophrenia and ADHD, which is linked with inattentiveness, over-activity and impulsivity among children, according to the journal, Frontiers in Psychiatry.

In the United States alone, there are approximately 15.8 million adults who practice yoga. This are figures provided by a survey from the Harris Interactive Service Bureau. The popular exercise is continuing to grow not just in the US alone, but in many other parts of the world as well. At the end of the day, the purpose of yoga is to promote both physical and mental health.

Recently, there has been “highly promising” evidence emerging, showing that yoga may not only helps to improve symptoms, but is also capable of preventing stress-related mental illnesses. This is based on a study done by P. Murali Doraiswamy, professor of psychiatry and medicine at Duke. “However, yoga has become such a cultural phenomenon that it has become difficult for physicians and patients to differentiate legitimate claims from hype. Our goal was to examine whether the evidence matched the promise,” stated Murali. The review by Duke University Medical Centre of over a 100 studies, focusing on 16 high-quality controlled studies, took a look at the effects yoga had on depression, schizophrenia, ADHD, sleep complaints, eating disorders and cognition problems. It was discovered that there were benefits for all, except eating disorders and recognition problems as there were conflicting or lacking evidence. To find out more, click here.

One of the great things about yoga is its versatility. It has the ability to cater to everyone, regardless of gender, age, health conditions or so on. The only way for you to discover what yoga can do for you is by trying it out for yourself. At OMG Yoga, we offer a variety of yoga classes in Singapore. Come take a look at the current promotion we are having for our Group Yoga Classes.