Yoga As A Lifestyle in China

Over the past few decades, yoga has been growing rapidly across the globe. In China, yoga has been one of the fastest rising craze that has brought in an entire new revolution. In fact, this new revolution isn’t in sports as you may imagine. Instead, it is on the lifestyle of the Chinese. 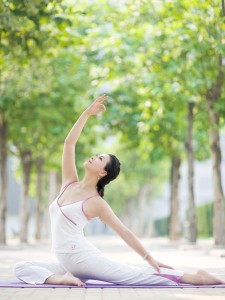 The growth of yoga in China has resulted in a shift in its overall market demographic. Initially. when it first arrived in China, majority of the participants were either trying to lose weight or improve their skin. Most of them were females too. Over the years, both females as well as males began to join in the classes. Aside from that, the age variation grew wider, catering towards college students, middle-aged government officials and the elderly. As of today, it is quite common to see yoga centres opening up in different parts of China.

This growth of yoga can be contributed to three main factors. Firstly, there are more health cautions individuals nowadays due to the improved standard of living. As yoga is capable of offering a variety of physical benefits as well as dealing with cancer or heart diseases, more people are turning towards it.

Secondly, there are more individuals who have become aware of the concept of lifelong learning. This assists in motivating them to learn something new.

Lastly, the bombardment of information has played a rather significant role too. The rapid advancement of modern day technology has exposed everyone to all sorts of information at a unprecedented level. In other words, any individuals from different age groups and/or social class has the ability to receive information on health and well-being so long as they have a cell phone with them. It is due to these three main factors that helps to raise awareness on both physical and mental health.

The thing about the modern lifestyle today is that it is moving at a fast pace and this could put a strain on people’s lives. Since yoga can aid one in relaxing and finding their inner peace, more individuals are turning towards it. At the same time, yoga also teaches how to get along better with oneself. These benefits alone are pretty rewarding, especially for those who lead a busy life. For more of the story, you can check it out here.

China is not the only country where yoga is growing in popularity. Singapore is also seeing a steady growth in the number of participants. At OMG Yoga, we would like to share the benefits of yoga to as many people as possible. Our yoga classes are conducted only by certified instructors, so you can be sure that you would have a fulfilling experience.