Recently, a research reported that by practicing yoga for a minimum of three hours a week for three months, it can actually reduce the fatigue and inflammation in breast cancer survivors as compared to survivors who did not practice yoga. The study also shows that when one does yoga more regularly, there is a greater change. 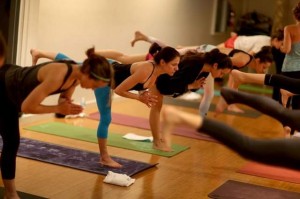 According to the researchers from Ohio State University Comprehensive Cancer Center, after six months, fatigue was found to be 57 percent lower in the women who had practiced yoga as compared to those who did not. Aside from that, inflammation, which was being measured by blood tests, was also reduced by up to 20 percent. “We also think the results could easily generalize to other groups of people who have issues with fatigue and inflammation,” stated Janice Kiecolt-Glaser, the lead researcher and a psychiatry and psychology professor at Ohio State.

Going through breast cancer treatment can be exhausting. This can lead to lesser activity, which in turn can lead to a decreased capacity for activity. This is considered to be “a downward spiral” by Janice. “Breast cancer survivors with lower levels of physical activity have a higher risk for premature death,” wrote Janice as well as her colleagues from Ohio State, including her husband Ronald Glaser, in the Journal of Clinical Oncology. Approximately a third of the survivors mentioned that fatigue interferes with their daily activities.

A total of two hundred breast cancer survivors were divided into two separate groups. The first group took up two 90-minute Hatha yoga classes a week. As for the other group, they did not take up any form of yoga practice at all. For the group practicing yoga, they were also were encouraged to have their own additional practice at home for an average of about 25 minutes a day.

The researchers also realised that yoga is capable of being tailored to various abilities. Those women in the study were aged between 27 to 76 years of age. Regardless of their age, yoga has still proven to assist with the mood and sleep among cancer survivors. For more of the story, you can read it over here.

If you are searching for yoga classes in Singapore to cater towards your needs, you will be glad to know that OMG Yoga offers students a variety of classes. Furthermore, all of our instructors are certified by Yoga Alliance recognised schools. This ensures that you have a fulfilling practice all the way.