We are all aware of the benefits yoga has to offer to every individual. However, not everyone actually believes that it is possible to improve on one’s health just through yoga. Researchers were also keen in unraveling the effects of Yoga on the life of people. This led to a study being conducted by occupational therapists at Indiana University in the United States on a small group of individuals. The results proves that by practicing yoga, these individuals were able to regain their balance after a stroke. It also prevented them from falling down and helped in maintaining their independence. 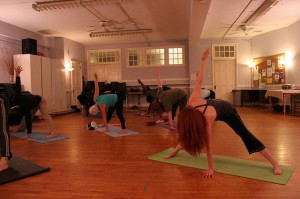 The study involved stroke victims to undergo an eight-day yoga course. In comparison to those who were not on the course, these participants were found to have made improvements in their balance. At the same time, they felt more able in their lives as a whole too. Stroke usually causes paralysis in a certain part of the body and patients often require rehabilitation in order to gain back their movements and physical functions. As rehabilitation is costly, not many stroke victims are able to afford long-term treatments. Furthermore, the brain is only capable of ‘rewiring’ itself for a limited period of time after the stroke.

The researchers were interested in determining if yoga could help people who had suffered from a stroke awhile back. In the study, only victims who could stand were selected. They were randomly divided into three groups. Two out of the three groups went for the yoga course, while the other group received the normal treatment. Those who participated in the yoga regime felt a lot better and didn’t have the fear of falling down anymore. They also became more independent and were more joyful as compared to those from the other group.

“For chronic stroke patients, even if they remain disabled, natural recovery and acute rehabilitation therapy typically ends after six months, or maybe a year. But we know for a fact that the brain still can change. The problem is the healthcare system is not necessarily willing to pay for that change. The study demonstrated that with some assistance, even chronic stroke patients with significant paralysis on one side can manage to do modified yoga poses.” Arlene Schmid, the assistant professor of occupational medicine, was quoted as saying by the Telegraph.

In fact, Arlene and her colleagues recommend yoga for stroke patients. They feel that it is a better workout compared to other traditional exercises. For the full article, click here to read it. Looking for yoga classes in Singapore, why not check out OMG Yoga? If you aren’t certain which style might suit you, take a look at each of their descriptions and benefits. It could possibly help in your decision.