A number of Clarksville, Tennessee runners are taking a different approach in their preparation for the upcoming Go Commando Half Marathon. They have decided to participate in the 13-week “Yoga for runners” course by NBalance Hot Yoga and Fitness. These classes are specially catered towards such runners. For NBalance Hot Yoga and Fitness, this isn’t the first time that they are offering classes for runners. 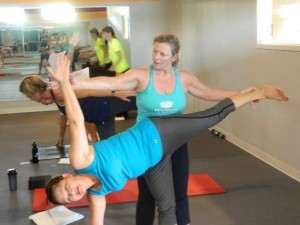 “We’ve been gearing it, kind of building up the intensity over the last few weeks,” stated Beth Norris, owner of NBalance Hot Yoga and Fitness and an experienced half marathoner. According to her, the Go Commando Half Marathon will be something relatively new for her. She mentioned the final week of the 13-weeks will incorporate a “restorative class” the day after the race. She added that it would be especially useful for individuals who have never done yoga before. When they progress in their training, they will simultaneously progress in their yoga as well.

The main purpose of the yoga class is to demonstrate the importance of yoga to people who run. According to Donna Pittman, the instructor of the YMCA Go Commando training group, all the participates in the marathon are doing yoga for the first time. Some of the participates were rather surprised to learn how much strength and focus play a role in one’s running motion. The priority is also placed on the hip and leg muscles, which are the most crucial aspects in running. Aside from that, the breathing as well as mental aspect of moving in and out of challenging yoga poses contribute to their success in running too.

“A lot of what you do in running is you get into that rhythm, into the actual, steady, continuous movement which lets the mind focus. But we also enhance the mental focus because you have to constantly be thinking about where your body is in space, what muscles you’re using, (if you’re) breathing correctly,” explained Beth, who holds a doctorate in Movement Science from Seton Hall University. For more of the story, you can read it here.

OMG Yoga Singapore offers a variety of yoga classes to cater to each individual’s needs. Our private classes enables one to choose their preferred style of yoga. At the same time, lessons can be customised and tailored to target specific needs. For beginners who have not practiced yoga before, we would recommend Hatha Yoga.