Loyola Marymount University (LMU) in Los Angeles, the region’s oldest college, has officially become the first college in the United States to offer a master degree in yoga. In fact, they have already started the two-year course. As yoga has already become a part of the American mainstream, the college is making full use of this opportunity. 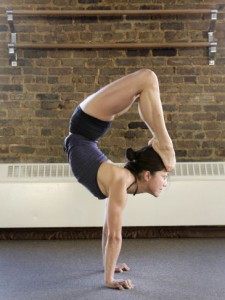 “There’s over 20 million Americans that are practicing yoga on a regular basis. That’s more than Methodists and Presbyterians combined. So I don’t think it’s really anything that’s too wild and wacky anymore,” stated LMU professor Christopher Chapple, who is the coordinator of the program. The focus of the course isn’t getting students to perfect the different poses in yoga. Rather, it leans more towards the academic side and will teach students in the vibrant religious melting pot in India five thousand years ago that led to yoga’s development.

Students will also get the chance to read the ancient Indian Sanskrit language. Aside from that, there will be a certified medical doctor who will conduct a class on the anatomy and physiology of yoga. Perhaps the best part of the whole course would be an opportunity for these students to travel to India during their second year. This is something similar to an exchange program where the students would be able to witness the practice in person and take in the culture.

For this year, there are nineteen students who enrolled in the masters class. To celebrate the launch of the new degree program, the school also  held a free yoga “teach-in” on Saturday on the Westchester campus. “As yoga moves into the mainstream consciousness, increasingly we need people that are well qualified to teach yoga teachers and we have a number of school teachers in the program. I’m anticipating that there will be permanent full time positions at, say, community colleges,” said professor Christopher. For the rest of the story, you can check it out here.

Currently in Singapore, there are still no master degrees in yoga. We have more general degrees rather such as sports science and so on. However, this does not mean that there are no instructors qualified to teach yoga. At OMG Yoga Singapore, we only refer instructors who are certified by schools recognised by the Yoga Alliance. Therefore, you can be certain that classes will be fulfilling and useful. If you would like to find out more about our yoga classes, you can do so on our website.