Dwight Armstrong is 60 years old and weighs over 200 pounds. Aside from that, he has a 45-year history of substance abuse. He has tried almost everything possible to stay clean and sober. In fact, the Sacramento native has been in and out of the prison for a total of about 15 years. Just a couple of months back, Dwight found himself back in drug court. However, this time enrolled in a nutrition, yoga and acupuncture program instead of his usual routine. This could have potentially saved his life. 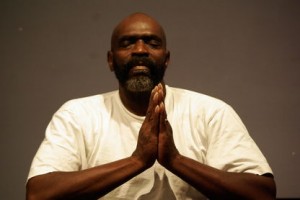 Before taking up yoga, Dwight could not even bend forward to reach his toes. He had to get down on one knee whenever he wants to tie his shoes. His aging body started to take a toll on him. Initially when he took up yoga, his sole purpose was for the physical benefits. He started by attending Sacramento’s weekly free Yoga in the Park classes in McKinley Park. It was conducted by the non-profit Yoga Across America (YAA). From then, he gradually increased his practice to five times every week. “After the third session of yoga, it began to click. At first I thought it was just a physical activity, you know, hold the position, but a couple months later I began to see it was more about me and how I felt and how I responded to different stimuli from the outside,” he explained.

Since attending YAA’s free community classes, Dwight has not only managed to bring his weight down. He was also managed to get rid of old habits and ways of thinking. Aside from that, he was able to stay sober for 250 days as of earlier this month. “I can’t even express how this has changed my whole life. You can’t un-ring the bell, the milk is already spilled, but I wish they had something like yoga in these (drug rehabilitation) programs, the therapeutic movement, it’s almost like a spiritual type of thing for the soul,” stated Dwight.

According to him, drugs have been controlling his life since he was 15 years old. “Yoga has been such a powerful instrument, I believe, in giving me the ability to quit using, and find something else, to find out who I am and what strengths I have, and how to look at stuff,” he said. Dwight is only one of the few thousands touched by such outreach programs by YAA. The non-profit brings yoga to individuals in underserved communities, high schools, cancer centers, hospitals, military bases and more. For the full story, do read it here.

If you are residing in Singapore and would like to incorporate yoga into your lifestyle as well, OMG Yoga is here to assist you. We only provide certified instructors from schools recognised by the Yoga Alliance. For more information, do check out our website.