Over the years, Tesco has grown and become a supermarket chain around the world that people are familiar with. It was also often blamed for causing the downfall of many small businesses in local towns indirectly. However, it seems like Tesco has other ventures in mind to get into aside from being just a supermarket. So now, apart from getting your daily groceries done in Tesco, one could be able to practice yoga. 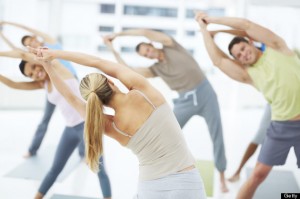 Yes, you heard that right. In an attempt to revamp its image, Tesco aims to make changes to their big superstores, otherwise known as ‘Tesco Extra’. These bigger outlets will be converted into venues where one would be able to participate in community activities, visit artisan bakeries and even take part in yoga classes. One of the main reasons for such a drastic change is because the bosses are quite worried about the current image Tesco is portraying to customers. According to a report by The Daily Mail, customers deem it to be a soulless place. Hence, by creating a family-friendly environment for people to hang out, Tesco is hoping that they can give back to the community and earn some positive reactions.

In fact, so far it seems to be working to their advantage. On Thursday, the very first new community-style stores opened in Watford to a relatively good response. Regardless, the bosses are aware that the new version of Tesco will still require some time before it can be fully accepted by the mass majority. There have also been quite a number of individuals who have seen grassroots community centres as well as local shops close down due to the fact that they are unable to compete with the prices of rent and/or the much superior and cheaper prices in supermarket chains. At the same time, it may be quite a challenge for yoga fans to even agree with taking part in a class while being surrounded by one of the biggest corporate companies in Britain. The whole idea of yoga is to find inner peace and in such an environment, it may not be the most ideal. For the full story, you can read it over here.

At OMG Yoga Singapore, our classes are conducted at the comfort of the client’s home. This makes things a lot easier for students as they will be having their yoga class in the setting where they are most comfortable with.