There are many different styles of yoga available out there. There are the more commonly practiced ones such as Hatha Yoga and Power Yoga. Then, there are those like Aerial Yoga and Flying Yoga that aren’t as popular. Our past entries have also shown many variations of yoga. Today, we will be talking about Extreme Yoga and the dangers that health advisers are warning people about. 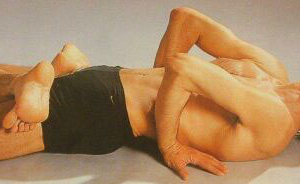 Extreme yoga is a form of yoga that was developed by a group of hardcore practitioners in the underground yoga dens of New York. This style of yoga revolves around various difficult postures including one where you have to turn yourself inside out. This extreme yoga craze is sweeping the United States by storm. There are some who also call this style as Bikram-in, Bikram-out yoga. This name derives from the way in which students are led into increasingly difficult stretches and positions and, ultimately, the ‘inverted-you’ posture.

The practitioners of extreme yoga fiercely deny any dangers that are being imposed onto students. They claim that the workout is being carried out in a calm and supportive environment by professionals. However, after a series of horrific injuries and odd disappearances, the authorities have had no other option but to take action and outlaw the practice. Aside from that, the World Health Organisation (WHO) have requested leaflets to be send out and put up. They have also set up an advice helpline so that people can be aware of the dangers from such a practice.

“It is just a terrible tragedy that it has come too late for those who have already been lost or permanently injured. People are always taking things to the extreme, not content that they can plank for 5 minutes straight they want to do the ‘inverted-you’, ‘upside-down-horse’ or ‘downward-to-face-your-grave-dog’,” explained Jackie May, whose daughter lost a friend to Bikram-in, Bikram-out yoga. She is also currently leading the campaign in America and mentioned that it was about time that the health officials realised the dangers of these exercises and took steps to intervene. For the full story, you can read it here.

Here at OMG Yoga, we always emphasise the importance of taking up yoga classes from a certified instructor. If you are unsure of their credibility, you can always request to take a look at their certificate. For us, our yoga classes are only taught by instructors who are certified. Do check out our website for more information.