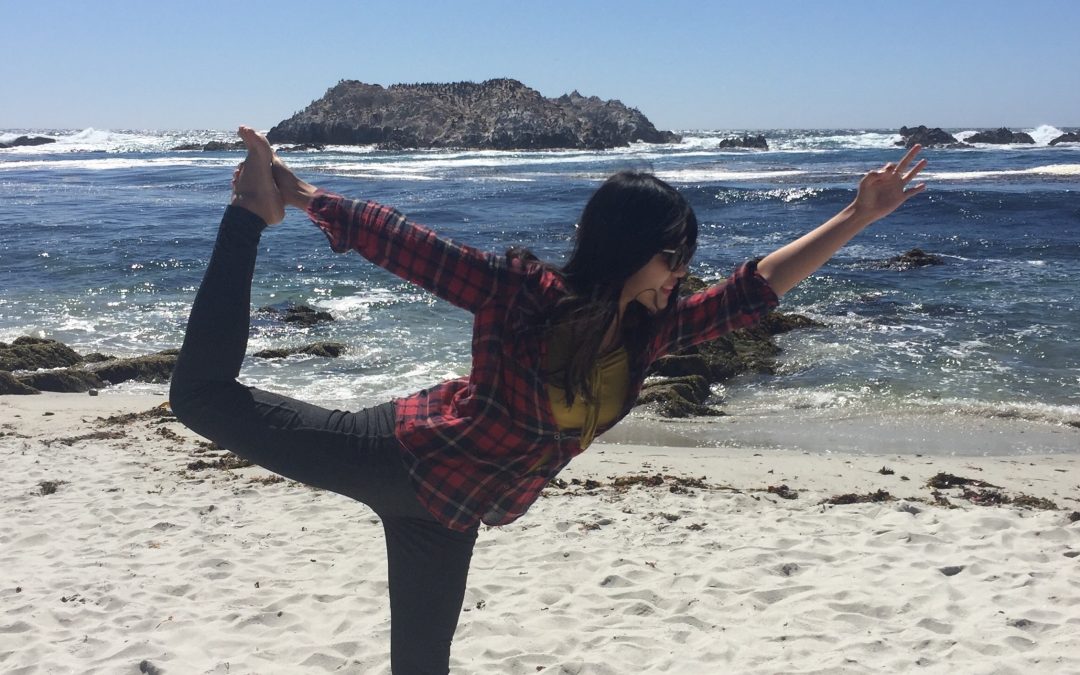 Serene often says she was not the one that found yoga, but yoga was the one that found her. She was an emotional person growing up and was lucky to have her first encounter with yoga at the young age of eighteen. Although Serene’s first yoga class did not change her life or view of the world, she left feeling invigorated and joyful. Serene was not a happy teenager and was still about 4 years away from taking her first steps toward making yoga a substantial part of her life.

In 2014 after she started working, Serene suffered severe back pain to the point where she needed to take medical leave to lie down in bed all day. That was when yoga founded her again and healed her physically through the recovery. Through consistent daily practice, the back pain did not reoccur. Serene was amazed by the physical healing yoga brought, and before she realized it, she was healed emotionally along her yoga journey.

Yoga taught her how to be forgiving, patient and loving. It is the love for yoga that gave her the courage to travel to Rishikesh, India alone to take a one-month residential teacher training. Serene is grateful to yoga and to the teachers she had the privilege to meet and learn from. After returning from an authentic yogic experience in India, she continued to explore and grow not only as a teacher but also as a lifelong student.

She facilitates strong and fluid Vinyasa classes that are playful and creative as well as hatha classes that focus on alignment, based on the body’s natural intelligence. Serene also enjoys guiding yin classes for subtle and quiet introspection of practitioners.