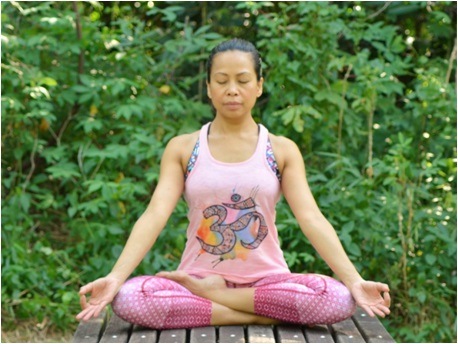 Noraini began her yoga journey in 2012 after going through a major breakdown of depression due to single parenthood and the demise of a family member. She was looking for some activities to keep her mind off it.

After many years of being actively involve with high intensity sports , she developed an early stage of arthritis. She couldn’t do much running or zumba fitness. After she was introduced to Bikram hot yoga, which helped her joint pain, she was hooked. Since then, she has tried other variations of yoga to slowly adjust herself.

Noraini took up a Reiki course to learn more about meditation as well as understand more on Chakras and Aura energy. Over the years, she began to feel more positive and has been off medication for good. She took her 200YTT with Yoga Seeds to learn the basic and foundation of yoga before switching from her corporate job to share this journey with others, especially people who went through the same experience but have no clue where to start.