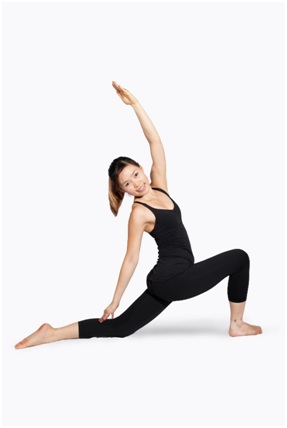 Jacqueline started yoga in February 2010 with the sole intention of spending quality time with her mother, as well as shedding some of her post-pregnancy weight. Never did she imagine that one day yoga will transform her life. Since young, flexibility has always been a hurdle for her, and she was never willing to try yoga due to this reason. However, she was determined to face her fear after being encouraged by her yoga teacher during her first few practices.

Graduating with an Arts Degree, she embarked on her career in Human Resource for several years. Practicing yoga acts as a stress relieve for her as well as a time for her to recoup and recharge.

In April 2013, Jacqueline attended a 5-day yoga retreat in Bali, and she was inspired by the deeper benefits and meanings of yoga. It was then that a voice inside her encouraged her to take the next step to share her passion and love for yoga. She came back and took her 200-hrs Teachers Training in November 2013 and embarked on a new path in her life. To her, the biggest reward is to see students improving through time and enjoying themselves in every practice.

Outside of the mat, Jacqueline’s interest largely lies in wellness and nutrition, you will often see her with a jar of green smoothie or a big bowl of oats. She aims to share her passion on total wellness to the world, by merging both nutrition and yoga.