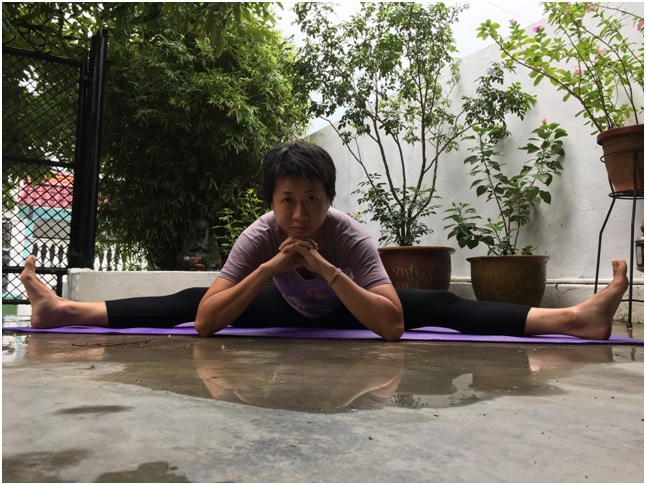 Chin Yun started doing yoga in 2008 because of an excruciating back pain that happened out of the blue. After two months of trying all kinds of treatments that did not work, a constant practice of yoga healed her in one month.

Chin Yun continued with her practice till she felt that she needed to have a deeper understanding of yoga to further her practice. Hence, she got certified in 2011 as a yoga instructor. She started giving lessons to friends on and off but have not tried teaching in a real class.

Every few years, Chin Yun travels to India to deepen her knowledge on yoga. She’s interested not only in asanas but she feels the philosophy of the yoga sutras are just as important and vital in contributing to how yoga can change one’s lifestyle. However, she is aware that will only happen if the individual is interested in taking their yoga studies further.