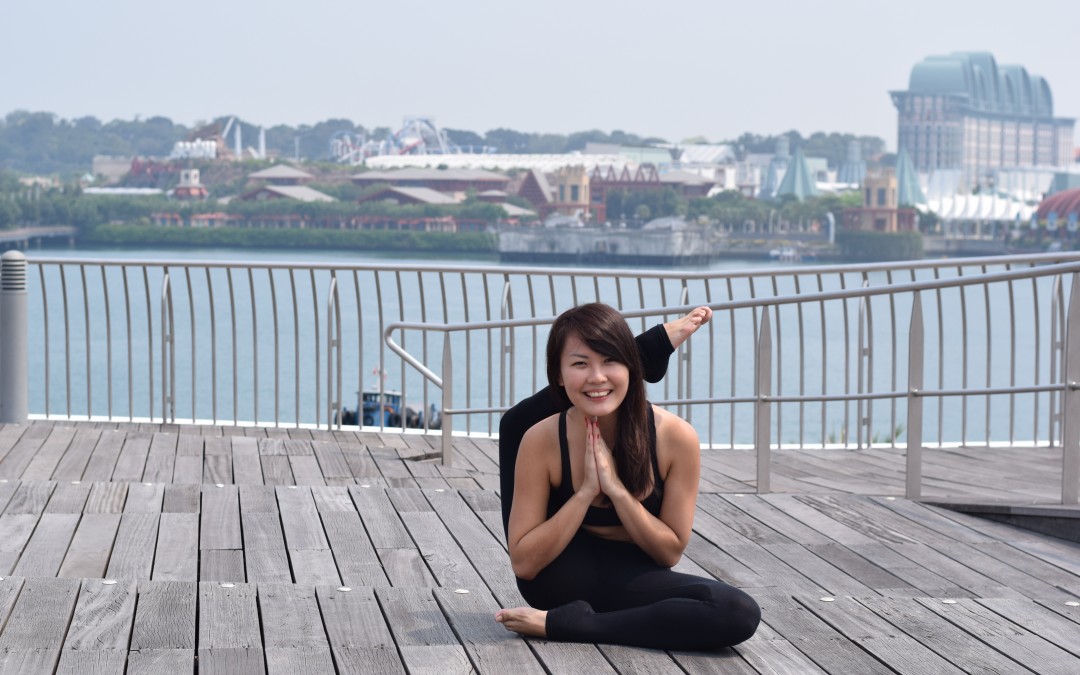 Having thalassemia, in addition to extremely low blood pressure had led to multiple fainting episodes all of Celia’s life. In addition to this, she sustained a knee injury in 2010, which led her to give up her passion of running. In 2011, her yoga journey began when a close friend asked if she would like to try a Bikram Yoga class together, by purchasing a Groupon voucher. Since then, she had completed 6 rounds of 30 Days Challenges, and had also been awarded 3rd place in the Singapore National Yoga Competition held in March 2015.

Celia is certified with Hom Yoga under the 200 Hours Vinyasa Yoga Teacher Training, which is accredited by Yoga Alliance, and has a Graduate Diploma in Psychology. She strongly believes that yoga is more than just a physical activity (although a hot body is always nice to have!), but is also important for mental health as well. Styles of yoga taught include Hatha, Vinyasa, and Yin yoga.

Most importantly, Celia prioritises safety over anything else in her teaching and adhere to the idea that yoga is not all about touching the toes, but what is being learnt on the way towards the goal. Regardless if your goal is to gain flexibility or strength, or to simply release stress, take the step forward and let yoga do its work in your life!