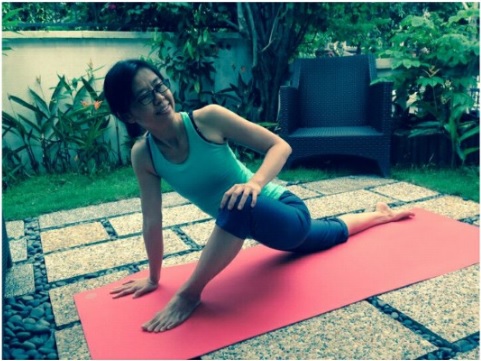 Bee Ling started yoga 10 years ago while on a 3-month sabbatical leave and it became part of her life. With yoga, her health improved and it brought balance back to her life while she juggled with her job as well as her role as a mother of two.

In 2008, she discovered Yin yoga, a practice which has helped her heal from pains in her hips that was preventing her from practicing the stronger forms of yoga. Her practice now includes both Yin and Yang styles of yoga, developing both strength and flexibility.

After stopping work in 2007, Bee Ling dedicated her time to improving her self-practice, as she believes it is key to her being a good teacher. To her, yoga is a lifelong journey and teaching yoga not only allows her to share and offer her knowledge; as she teaches, she is also learning as well.